Chances are you've resolved to make a positive change this year. Maybe you want to drop a few pounds, boost your retirement savings, or finally clear out the garage. Wherever you've set your sights, there are a few tricks to getting your resolutions and reality to play nice with each other.

The first trick you've already mastered—you made a resolution! According to John Norcross, Ph.D., the author of Changeology: 5 Steps to Realizing Your Goals and Resolutions, the simple act of declaring an intention to make a change in the year to come puts you on track for resolution success. In his work studying self-change and New Year's resolutions, he found that after six months, more than 40 percent of New Year's resolvers will have reached their goals, compared with just 4 percent of nonresolvers who had similar goals and motivation. But before you jump headfirst into a sea of change, put these additional tricks for success to work for you.

Reflect, Then Resolve
Before committing to any change, take time to reflect on what you're hoping to accomplish. "Be sure to identify the why of what you're doing," says Lynn Bufka, Ph.D., a psychologist affiliated with the American Psychological Association. "Know the purpose and make sure the change will have meaning and value to you."

Bufka suggests linking your resolution to a bigger, long-term outcome. For example, improving your diet is a great resolution, but making that change with a bigger picture in mind (like lowering your blood pressure or being able to chase after your grandchildren) gives that goal more sticking power.

Break It Down
A New Year's resolution should be something that excites and inspires you, says Bufka. That said, the steps you'll need to follow to attain your objective are something you'll want to take on daily or weekly. If saving more money is your big goal, for example, some of the first steps you might want to consider are creating (or revising) a monthly budget and setting up automatic payments and transfers. "Break down the change into attainable steps so that you'll have a little taste of success early on," says Bufka.

Report and Reward Your Progress
Once you've defined your resolution and drafted a plan, create a system to monitor your progress. That plan might include an accountability buddy or simply tracking your own progress. Recent research shows that texting and apps have a positive impact on behavior change, offering self-monitoring, reminders, and rewards. In fact, one study found that more than 70 percent of people who sent weekly updates to a friend reported success, compared with 35 percent who kept goals to themselves without writing them down.

However, remember to reward yourself for progress. "Often that little success will motivate us to make the next change," says Bufka. So go ahead and give yourself a pat on the back or a night out with friends when you cross off those mini milestones.

Rebound and Regroup
When the occasional slip happens (and it will happen), don't be discouraged. Acknowledge the setback but don't let it derail your efforts. Norcross calls this trick a "slip plan" and says you're wise to think through how you'll handle missteps and negative emotions related to your goal. Some ideas include calling your accountability buddy or reframing the slip as a learning experience. "Pick yourself up and recommit to your resolution," he says. "And remember that meaningful change takes time." 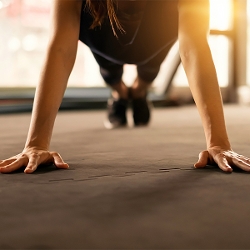 Harness the Power of Your Smartphone

The Best Part-Time Jobs for Retirees