Back to Insights
3-minute article

Whether your married clients have been together for decades or are just home from their honeymoon, it's important for them to understand the tax laws and how they affect married people. The Tax Cuts and Jobs Act of 2017 (TCJA) significantly changed the brackets for taxable income, specifically for couples filing jointly. But the biggest red flag for couples is that they may be penalized for filing joint taxes. This is sometimes referred to as the "marriage penalty." Encourage clients to talk to a tax professional who can explain how combining incomes can affect their tax situation.

Avoiding the "marriage penalty"
One unintended feature of the United States' income tax system is that the combined tax liability of a married couple may be higher than their combined tax burden if they had remained single. The TCJA offers little relief to married joint-filers if their salaries are not similar.

For example, the TCJA 24 percent federal tax bracket tops out at $85,525 for individuals and exactly doubles at $171,050 for married couples filing jointly. That means if each partner in the couple earns $85,000, they will each pay 22 percent when they file jointly. But, if one partner suddenly gets a raise or a bonus and earns $90,000, together they will be over the $171,050 and will both end up paying 24 percent, which is the next bracket, even though one person is still in the 22 percent bracket.

There are clear benefits and drawbacks of filing as a married couple, as a head of household, or as an individual. And when children and mortgage payments come into play, the details can get more complicated.

What else to consider under the 2017 laws
There are other areas of the law worth discussing, too. Specifically:

Two things you can do today

This information is brought to you by Athene — where innovative annuity solutions are powered by unconventional thinking. 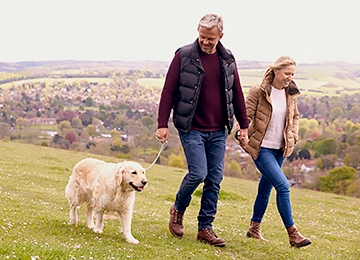