Kristina Campbell loves baseball. Like, really loves baseball. A Kansas City Royals fan as a child, she couldn't get most games on the TV or radio in her small Iowa town. But every day she combed the box scores in the paper to find out how her team did the night before. And she fondly remembers cheering the Royals to victory in the 1985 World Series from in front of her family's small black-and-white TV.

As an adult she moved to the Washington, D.C., area and became a fan of her local team, the Washington Nationals. "The pace of the game is perfect," Campbell says. "The rituals and weird rules are fascinating to me, and the history is so rich and long. I could talk about baseball forever. There's never a bad day to watch baseball, even when my team gets shelled."

With her love of the game, it's no surprise that much of Campbell's travel is baseball-related. She frequently meets her dad and his wife for games between her Nats and their Chicago Cubs. She has visited 24 of the 30 active Major League stadiums — logging thousands of miles by car to visit stadiums on the East Coast with a friend, and incorporating visits to stadiums and other baseball-themed destinations into most trips.

Interested in adding a baseball-themed destination or two to your summer travel plans? Whether you're a super fan like Campbell or just enjoy the buzz of the ballpark, here are five must-visit spots for your baseball bucket list:

Whether you're traveling this summer or hoping to make travel a big part of your retirement years, travel requires proper planning — and savings. Talk to your financial professional to make sure the travel you dream of is a part of your overall financial plan.

Want more inspiration?
Get ready to hit the road with this handy map of baseball attractions!

This information is brought to you by Athene — where unconventional thinking brings innovative annuity solutions that can help make your retirement dreams a reality. 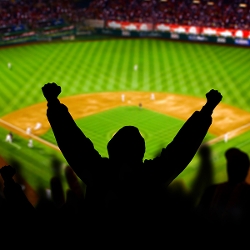 Quick tips for traveling with pets

Still Trying to Change Your Spouse