4 truths about saving for retirement

Having enough money in retirement is among the top concerns for pre-retirees. It's not surprising given some of the recent headlines about retirement savings (Even $1 million may not be enough! Social Security is going broke!). But the truth is, hitting a certain number in your bank account doesn't guarantee a happy retirement.

"It's important for pre-retirees to get clear about what is most important to them in retirement," says Josh Nelson, a financial advisor and CEO/founder of Keystone Financial Services in Loveland, Colo. For some people, that may mean staying in their family home, while others might dream of traveling the world. "Once you know what emotional assets you'll need to be happy, you can dig into the financials."

In other words, money won't buy you happiness in retirement, but knowing what will make you happy—and saving enough money to make those dreams a reality—will. Having concrete goals that you are specifically saving up for can also help make putting away money more meaningful than working toward some arbitrary number.

A recent survey of more than 2,000 pre-retirees and current retirees conducted by Athene* revealed the connection between savings and happiness in retirement. Here are four good-news truths.

*Participants in this study were provided through the Harris Panel, including members of its third-party panel providers. 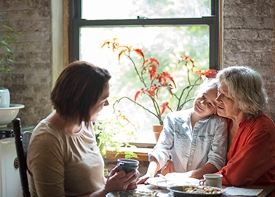 Three Retirement Options to Consider Aside From a 401(k)

Using an Annuity to Help Pay for College

6 Ways to Improve Your Financial Literacy