3 ways to protect yourself against financial abuse

Elder financial abuse is a big problem — with estimates ranging anywhere from $3 billion to $36 billion annually.

Seniors can be taken advantage of financially in several ways, from lottery and charity scams to investment and life insurance schemes. Shockingly, more than 90 percent of reported elder abuse is committed closer to home — by a family member or another trusted person such as a caregiver.

"It’s a hard thing to prevent, and you don't know whom to trust," says Neal A. Winston, a certified elder law attorney at Winston Law Group in Somerville, Mass. Often, someone starts out with good intentions — maybe handling the bills, then borrowing money with the intention of paying it back. Instead, they just keep taking.

Of course, this doesn’t mean you need to be wary of all of your loved ones when it comes to finances. To be clear: the overwhelming majority of your loved ones have your best interests at heart, but there are still steps you can take now that will ensure your money stays safe in the future.

Here are three ways to protect yourself:

By having a plan in place with someone you trust, you avoid being taken advantage of by a relative who sees you as an easy target. Not only should you have a CPA or attorney to serve as a fiduciary, you should also let your financial planner know about your situation to help make sure your plans stay on track and check in with you regularly in case plans should change.

This information is brought to you by Athene — where unconventional thinking brings innovative annuity solutions to help make your retirement dreams a reality. 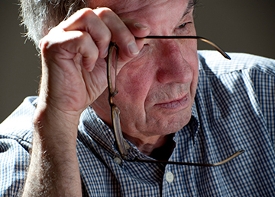