Back to Annuities
2-minute article

The time between the first premium payment on a fixed indexed annuity and when the payout begins. During this time, the premiums paid into the contract "accumulate" with interest.

The value of the annuity. The accumulated value may differ from the amount an annuity owner may receive if he or she surrenders the annuity.

The upper limit on the amount of an index's gain in value that will be credited to the annuity value.

The type of interest that is earned on both the original principal amount and on the interest accumulated from earlier periods.

The percentage of each annuity payment from an annuitization or single premium immediate annuity (SPIA) that is excluded from taxes. Annuity providers use IRS guidelines for life expectancies are used to calculate this ratio.

A fixed indexed annuity offers the same type of minimum interest rate guaranteed by a traditional fixed annuity, but has the potential to pay additional interest depending upon the performance of an external measure, typically a market index.

Some annuity contracts have a market value adjustment (MVA) provision. An MVA applies to withdrawals in excess of the free amount during the annuity's withdrawal charge period. In general, if interest rates in the market are higher than, or the same as, when an individual purchases an annuity, the MVA is negative, which reduces the cash surrender value. Conversely, if interest rates are lower than when the annuity was purchased, the MVA is generally positive, which may increase the cash surrender value.

For a fixed indexed annuity, the participation rate is the amount of an index's gain that will be credited to the policy value.

An annuity provider may credit an additional amount to an annuity contract owner's initial premium in the form of a premium bonus. This bonus increases the contract's accumulated value immediately. A premium bonus may have a vesting schedule or recapture schedule, which means that a surrender or withdrawal in excess of a free withdrawal amount may result in forfeiting all or a portion of the premium bonus.

The cash amount a contract owner is entitled to collect upon terminating the annuity contract prior to maturity or death. The surrender value consists of the accumulated value minus any surrender charges and the application of a market value adjustment.

Description of a fixed indexed annuity's tax status. Interest credited to an annuity is generally not taxed as earned income until it is withdrawn. 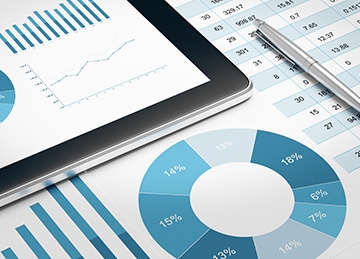 How do indexed annuities work?